My novels: YOUNG AND IN LOVE? (gay men’s novella) (BUY FROM BOLD STROKES BOOKS) or YOUNG AND IN LOVE? (BUY FROM AMAZON)* THE SHAPE OF THE EARTH (gay full-length novel) * THE MAN WHO ASKED TO BE KILLED (noir legal thriller) praised at THE WASHINGTON INDEPENDENT REVIEW OF BOOKS * My stories online:  A HOUSE WHERE WE BOTH COULD LIVE in CHELSEA STATION MAGAZINE * INCORRIGIBLE in EROTIC REVIEW MAGAZINE * THE YEARBOOK in MOBIUS: A JOURNAL OF SOCIAL CHANGE * My other stories appear in OFF THE ROCKS, Q REVIEW, BEST GAY LOVE STORIES 2005, and HARRINGTON GAY MEN’S FICTION QUARTERLY * My blogs: garygarthmccann.com * Late Last Night Books online magazine * streamlinememories.com * My humorous 90-second video: HE WISHES SHE WOULDN’T READ IN BED

I’ve been honored by first prizes from the Maryland Writers’ Association for both short fiction and mystery. I live in Annapolis with my husband, Todd Garth, the first out professor at the US Naval Academy. We married on our 25th anniversary. As a writer, I use Todd’s surname as a middle name. The head shots are of me now and in high school. Can you tell which is which?

Posted in He Wishes She Wouldn't Read in Bed, MY NOVELS & STORIES & BLOGS & VIDEOS, short stories, VIDEOS | Leave a comment

She came and went like a breeze, it seemed to teenage me. Sometimes she sat quietly in places where you’d expect her to talk, such as our living room.

Or she sat and read when she and I were in her living room and my brother was at work and their baby was sleeping.

She knew I was queer when I thought that the word, applied to people, meant only something beyond strange, although I didn’t know what. “I’d be careful how I use that word if I were you,” she said in our living room, on an occasion when she hadn’t said much else.

In a Safeway in Paradise, California, I pointed out a clerk and said I liked his shadow beard. She agreed.

I couldn’t have said why I was so fascinated by her. She was intellectual, and thought before she spoke, and pronounced her words with a precision that made me want to listen? She was, for me, a key to religious freedom? A Christian more interested in other faiths than our own?

After midnight one New Year’s, my brother and she took me to Pasadena to camp out and wait for the Rose Parade. Weak young me was sick for the next three days.

I’m struck by the fact that I never fail to think of her when Todd and I decorate the Christmas tree. I seem to get a whiff of her aura. Why?

Because, I believe, as my brother and she came and went from our childhood home on those festive, chilly Southern California nights, for the brief periods that she sat in our living room it became a place where what happened was less predictable. Bringing that to a room is a gift. In my mind, it became a Christmas gift, re-given every year.

I have FOUND RELIGION. I BELIEVE in YouTube’s Mr. Deity

This is the first representation of God that makes any sense to me.

Is your God all-powerful, all-knowing, or all-loving? Choose two. You can’t have all three. Tell your priest, pastor or rabbi. She or he can begin the process to adjust your organized religion’s doctrine so that it isn’t nonsensical.

THE PEOPLE IN OUR LIVES, WHERE DO THEY GO? 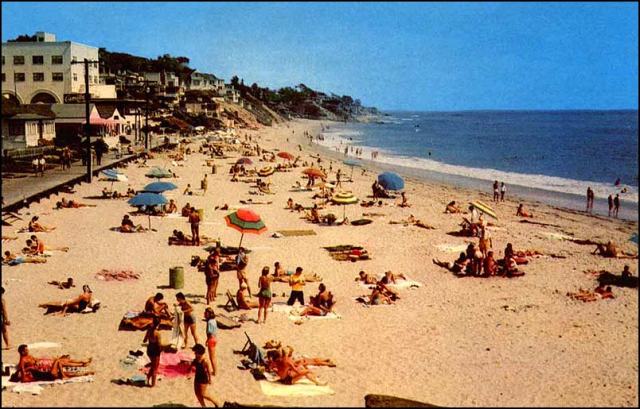 I met pre-med Samuel in an experimental psychology class. He thought he needed my help studying, and probably he did.  As much as help, he seemed to need a buddy, something he was accustomed to from his years as a medic in Vietnam and, I suspect, from growing up in the Montana ranch country.

His wife worked nights as a nurse. Samuel stayed in, with their baby. I drove from Fullerton to their bougainvillea-covered Laguna Beach bungalow. In winter, houses and apartments in beach towns rented by the month at their summer weekly rate. During February’s heavy rains the barranca between the road and their cottage filled, and they worried whether rushing water would overflow the driveway bridge.

Our habit was for me to eat supper with them. Then Samuel and I studied while his wife napped and then got ready for work. She left before Johnny Carson came on, and we sat up watching TV way beyond when I was ready to stretch out on their living room couch, as I did almost every night. Samuel stood in their bedroom doorway in his T-shirt and boxers sharing late-night confidences, such as, “I love blondes, and I’m married to a brunette.” I barely kept my eyes open. I never allowed myself to be attracted to him. I must have blocked those feelings.

One afternoon somewhere near Cal State Fullerton, I glanced from Samuel’s Beetle as a shirtless jogger came toward us and passed. “We need to find you a girlfriend,” he said.

His wife and I both thought it strange that he wanted to spend so much time with me, although to my knowledge neither of us ever said so. I knew he wasn’t attracted to me. I don’t know what his wife thought; whatever it was–perhaps simply that he wasted too much time paling around with me–she put her foot down and declared me persona non grata.

The last time I saw Samuel, I arrived at my folks’ house to find him sitting with their baby on his knee, his wife beside them, in the living room talking with Mom and Dad. I hadn’t seen them for months, having been banished from their lives, and resented the drop-by visit, although I knew they meant well. My folks liked them and for months afterward Dad asked after Samuel.

Recently, as I read through all of Paula Fox’s novels, I savored an earlier L.A. than I knew– pre-War–in The Western Coast, which includes a period where the protagonist is a waitress in Laguna Beach, which brought to mind the winter when I spent so many nights there.

Photo above of Laguna Beach in the 1960s from light-headed.com. 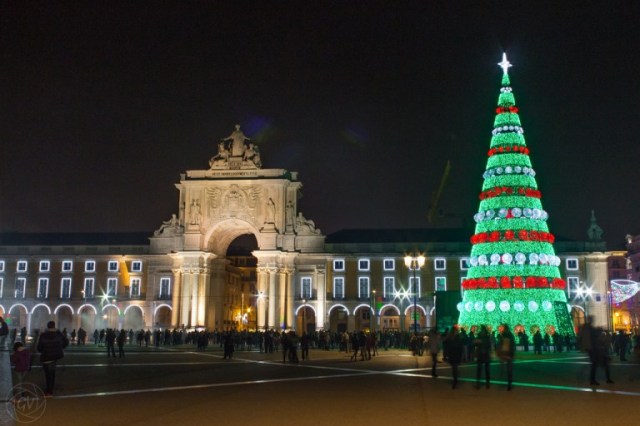 We spent Christmas break in three wonderful, historic towns in Portugal, with a final stop in that country in Lisbon. Pictured below are Evora, Coimbra, and Geamareas. 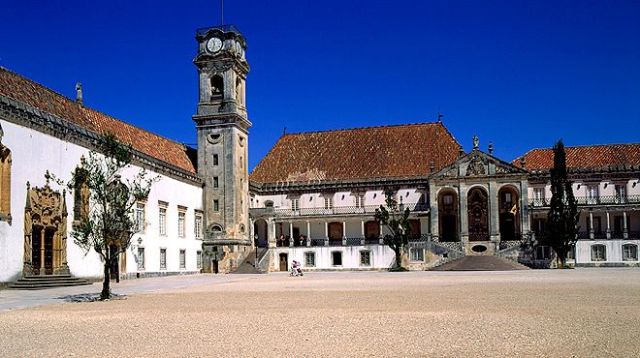 The top photo is of Rossio plaza, Lisbon, from tourazores.com. The next is of the town of Evora, below that of the University at Coimbra, both photos from myportugalholiday.com, and below that is the town of Guimaraes (our hotel was in the building with the arches).

I planned this trip and our trip to Switzerland last May, before we happened to read Night Train to Lisbon in which the protagonist gives up his teaching life in Bern and takes the train to Lisbon. How unlikely that when we had trips scheduled to both Switzerland and Portugal, we happened to stumble upon a book set in both countries.

The night train, the Sud Express, operates between Hendaye, France and Lisbon. Todd and I rode it in 1992 and rode it again this January. It no longer has the dining car, in which the protagonist meets a man who figures in his new Lisbon life, but it has a bar car with some food service. I slept all night like a baby, as I do on moving trains.

CHICKEN AND WAFFLES: BACK FROM THE 1930S 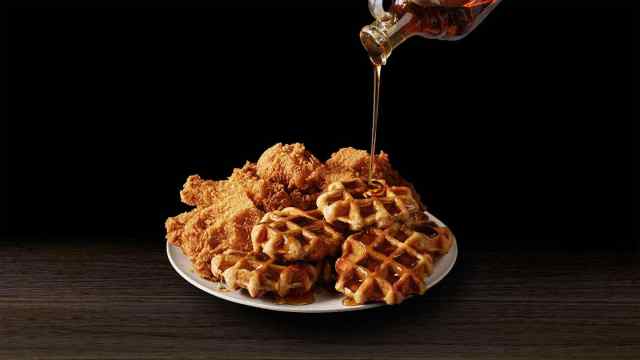 Until a few years ago, I hadn’t seen chicken and waffles on a restaurant menu. When I read Mildred Pierce, in the 198os, I’d never before heard of chicken and waffles being served together. In food, art, literature, music, hair, and clothes, styles come, go, come again, go again. Never think what we’re doing is definitive.

Incidentally, Mildred Pierce, the book, is not a mystery, as the movie is and as are Cain’s classics Double Indemnity (1936) and The Postman Always Rings Twice (1934). 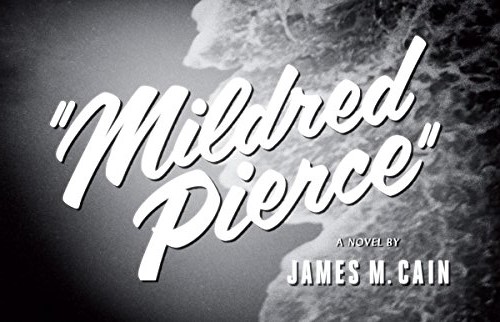