Union Pacific Station, Cheyenne, Wyoming: “Lady, if all your things were on that train, you should’ve been on it, too.” 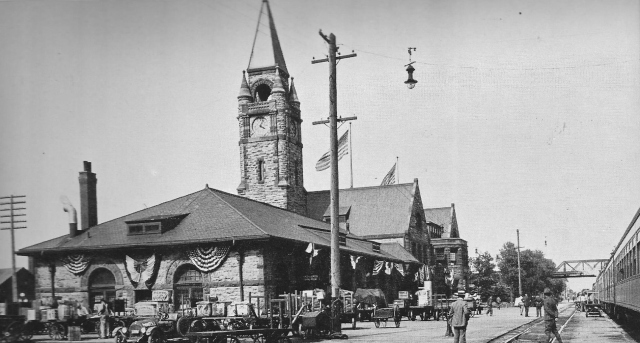 You don’t have to do much reading between the lines to see what was going on.

In the late ’40s my Aunt Lacy and “a gal” she met were having highballs in the club car with some soldiers on the Chicago-bound San Francisco Overland. The gal had her little girl with her. When the train stopped in Cheyenne, the two women left the little girl with the soldiers and got off to buy postcards. They decided to have a quick beer in a bar across the street from the depot.

When they returned to the track where their train had been, it wasn’t there. “Where’s the train that was on this track?” Lacy demanded of a redcap. “All our things and her little girl are on it.”

“Lady,” the redcap retorted, “if all your things and her little girl are on that train, you should’ve been on it, too, when it left ten minutes ago.”

Union Pacific found space for our two damsels in distress on the eastbound Los Angeles Limited, coming along within the hour. No berths were available, so they were in coach. The next day a conductor had them hop off in Cedar Rapids, Iowa to identify their things and collect the little girl who had been deposited in the stationmaster’s care an hour earlier when the Overland passed through. They arrived in Chicago in time to make their respective connections and probably weren’t even hungover by then.

The photo above of the Cheyenne station is obviously from an earlier time (photo from the Western Collection, Denver Public Library, reproduced here from Beebe and Clegg, The Trains We Rode). The Union Pacific ad below appeared in National Geographic. 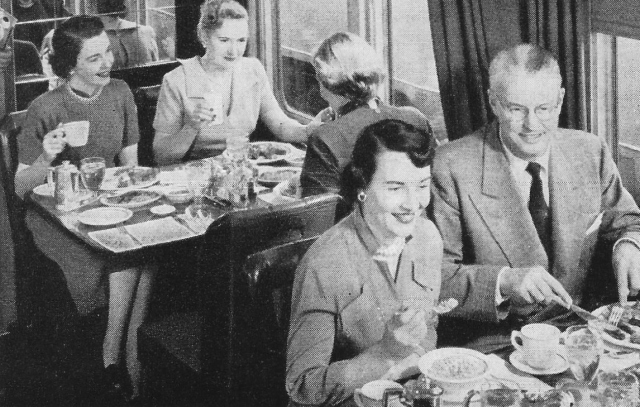 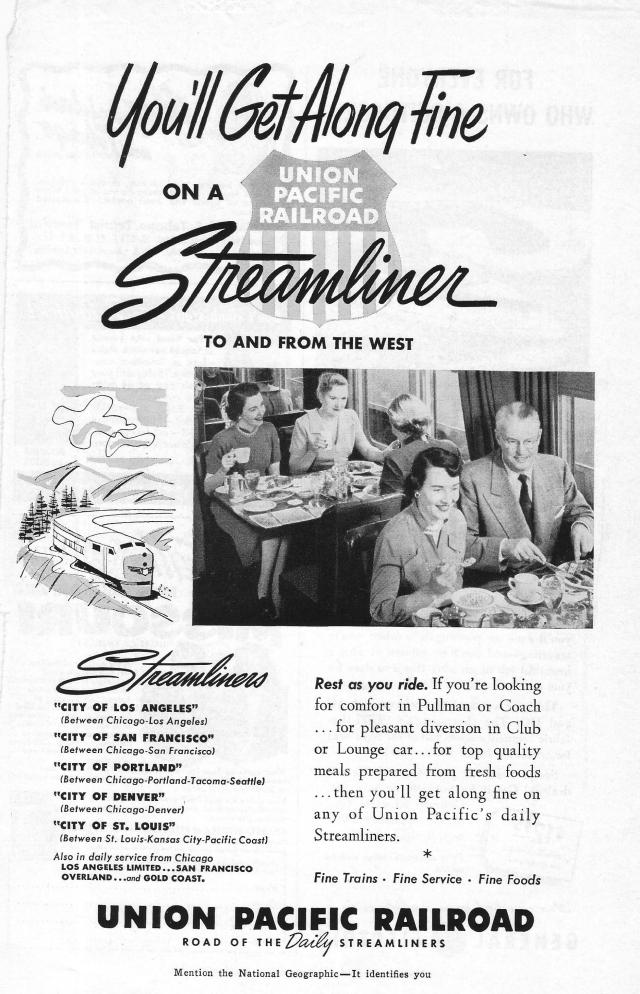 This entry was posted in Ads from the 1940s and '50s, autobiographical memory, Historic photographs, nostalgia, train stations, trains. Bookmark the permalink.