Oscar Wilde on his death bed: “Either the wall paper goes or I do.” In his book MIDMEN Author Steve Ochs brings both humor and sound advice to men facing their own mortality in mid-life crisis. 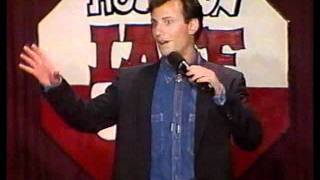 I encountered Steve Ochs years ago in his life as a stand-up comic. If you haven’t watched the YouTube film of him discussing his cat’s sex life, it’s not to be missed. Go to https://www.youtube.com/watch?v=Xb3kYkSdbFA

Nor do you want to miss his MIDMEN booktrailer, a spoof interview by Edward R Murrow. See it here: http://www.midlifecrisisbook.com/watch-the-trailor/

Re changing sex roles: “The car gets a flat, the man on board is still going to be the one who has to get out of the car on a rainy night and fix it (though I can’t imagine why he doesn’t have AAA). The modern man can cry and not feel like it’s a threat to his manliness, which is nice when you’re changing a flat tire on a rainy night.”

Re birthdays at midlife: “I actually have to rehearse for my next age number before it arrives so I don’t get whiplash when my birthday hits.”

Re the problem of gaining weight in midlife: “There’s a great rule that you should only eat until you’re 80% full because in 20 minutes your brain will fully understand what your mouth and stomach have been up to and send out the ‘full’ signals.”

Much more than humor for humor’s sake, MIDMEN is an owner’s manual for the man recognizing that he’s crossed or is crossing the probable halfway point in his life. Ochs covers a maturing man’s emotional, mental, physical, and sexual well-being. He offers the reader a candid heart-to-heart talk based on his own life, along with a chorus of what the experts say.

Speaking to the Maryland Writers’ Association at Annapolis recently, I quoted from MIDMEN a paragraph that I find especially soothing:

“The midman won’t even have to complete anything successfully. He could conceivably fuck up everything he touches. But if he lives his life in pursuit of the thing or things that matter to him, it will be the pursuit and not the result that will fill his minutes, days and years. Never forget this; it takes a long time to reach a worthy goal but only seconds to utter the words ‘I’m done.’ …This means you fucking well better enjoy the process of reaching that goal because that is how you spend your life. …The trick to happy aging and, ultimately, guiltless death, is not necessarily having accomplished our goals; it is having spent our lives in pursuit of them.” 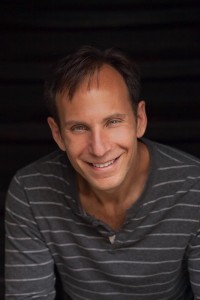 Ochs says that “A study by some economists in Switzerland, where the Alpine valleys are black with economists, is among many studies that have proven that a reduction in the retirement age causes a significant increase in the risk of premature death for men. …But if we’re involved in something that deeply motivates us, we live longer and better.”

Ochs goes on to say that to meet his book’s goal of lifting the MIDMAN out of midlife crisis, the MIDMAN “has to accomplish two primary things: Isolate and identify the pursuit or pursuits in his life that will offer enhanced value to his blink-of-the-eye visit to planet Earth. Clear a pathway through the everyday shit that comprises his current life so he can pursue the pursuit(s) he’s identified as the pursuit(s) he wishes to pursue.”

The author reminds us that we should look back with an honest appreciation of the lives we’ve lived: “MIDMEN who were born between 1950 and 1968 enjoyed some pretty sweet years to grow up in the western world. Yes, we’re aging, but we listened to actual music. We had toys and got dirty outside. We got in trouble and won and lost. We got berated verbally and chased around the house by swinging father-fists while vicious threats were hurled at our escaping heels. I’m sorry, did I write that out loud? Life was different then than it is today and sure as hell different than it will be tomorrow. Our world wasn’t perfect, but it was probably a better place to grow up.”

And he reminds us to try to face life’s ultimate end with a sense of humor: “Thirty thousand people turned out to see the hanging of a murderer named Dr. William Palmer. There he stood on the gallows, hands tied, noose around his neck. Before stepping on the trap door he gently tapped his foot on it and said, ‘Is this thing safe?’”

SPECIAL NOTE: Today through 5/21/15 ​the Kindle edition of MIDMEN: The Modern Man’s Guide to Surviving Midlife Crisis will be on sale for .99​ cents​ on Amazon. ​ During this one week period every dollar from your purchase plus a matching dollar will go to Habitat for Humanity’s rebuilding effort in Nepal.

This entry was posted in book reviews, humor and tagged MIDMEN, Steve Ochs. Bookmark the permalink.