Blow-Up: the Story, the Film, and the View Out My Window

Looking down on Plaza Sobral from our 9th floor bedroom window, I thought of Cortazar’s story “Blow-Up,” in which a photographer thinks he’s seeing a woman seducing a boy but, enlarging photos of the scene, realizes a man was waiting in the car to which the woman was taking the boy. The photographer has a breakdown over what he thought he was seeing being something else. Why? Because his confidence in his perceptions is shattered? Because he’s a latent homosexual and responding as latent homosexuals might at that time (might even today if trapped in the world of fundamentalist religion). Maybe because he was sexually abused as a child? Cortazar doesn’t tell us.

The story is best known, I believe, because of the 1966 film based on it. In the film it’s a murder that the photographer sees as he enlarges his shots of  a park scene.

Cortazar’s photographer could have been looking out the window of our Buenos Aires apartment–except his story was set in Paris, where the Argentine author lived from 1951 until his death in 1984. The film was set in London. Yet as I looked down at the plaza, it was easy to imagine story and film set in Buenos Aires, where the author, born of Argentine parents, spent 30 of his first 35 years.

The views below are looking along Calle Cabello. 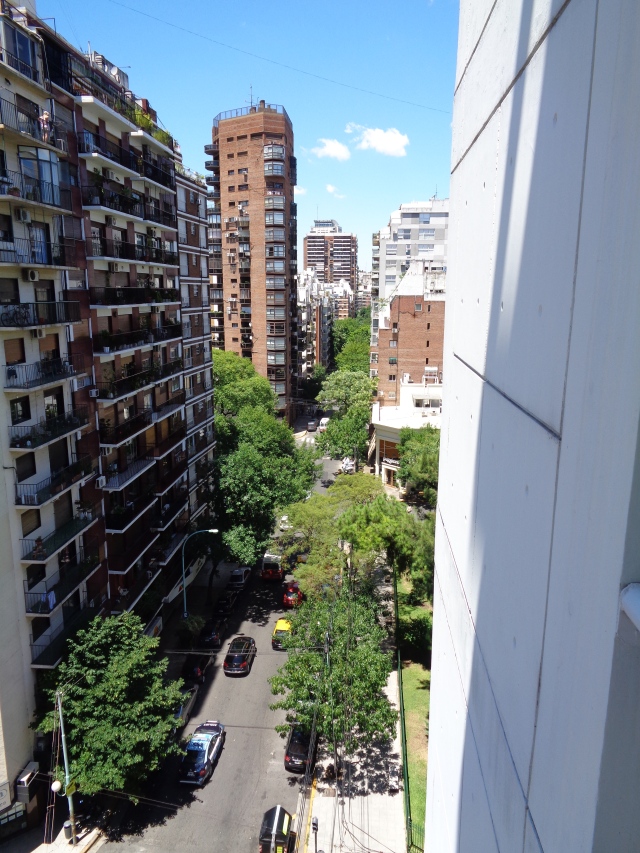 1 Response to Blow-Up: the Story, the Film, and the View Out My Window