Is everyone interested in the few years before and after they were born, or is this an ego problem particular to me? Around my birthday every year I like to focus on how the world was then (maybe because I’m a rail fan, and the late forties were the golden age of the streamliner).

Who knew Campbell’s Cream of Chicken soup was new in 1949, as the ad from Life, below, touts? 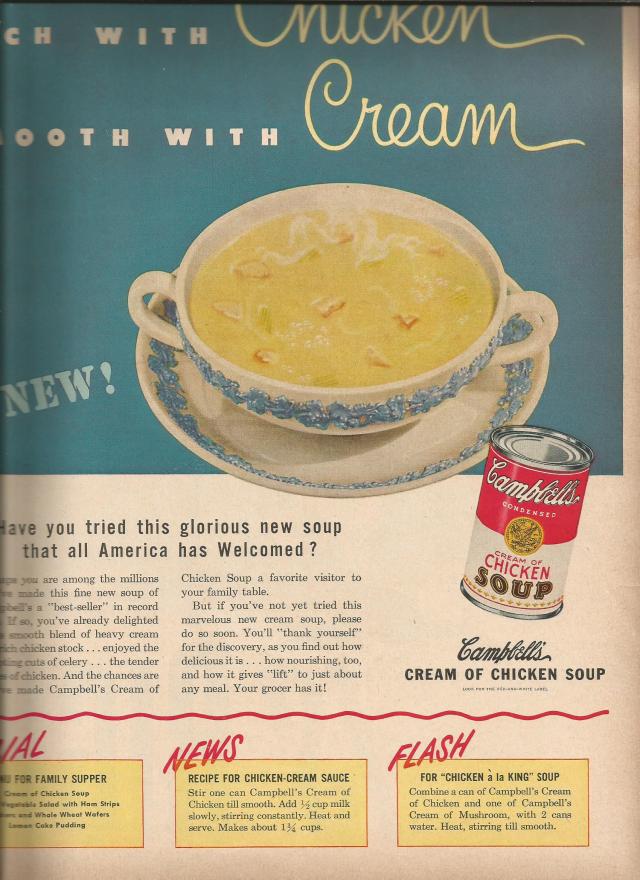 And how can I think of Campbell’s soup without thinking of Andy Warhol?

“A Man of Many Talents
Andy Warhol was a fashion illustrator, painter, printmaker, sculptor, magazine publisher, filmmaker, photographer, and archivist of his times. His early paintings drew on his experiences as a commercial illustrator, and appropriated motifs from advertising and comics.” Quote from MOMA’s web page, the photo from http://thetravelphile.com/. The painting is in MOMA.

The Andy Warhol Museum (photo below from nebbysblogspot.com ) is in Pittsburgh, his hometown. 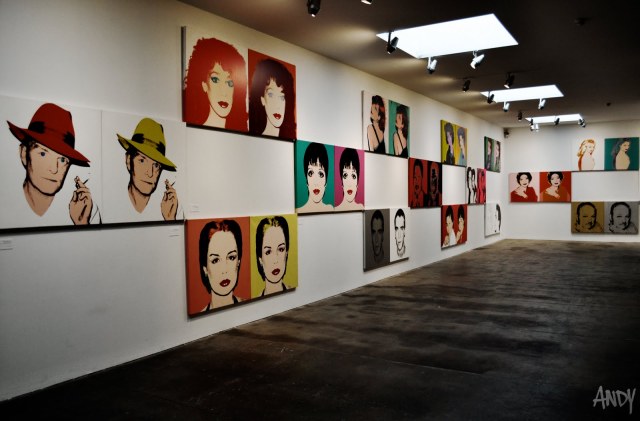 Warhol died tragically and ironically. After putting off gall bladder surgery because of fear of hospitals, he survived the surgery successfully but died in the hospital of a heart attack allegedly caused by nursing negligence. The malpractice suit was settled out of court.

As I celebrated my birthday, and thought of how many ways I might have been killed over the years–especially considering the number of people I’ve left swearing to “get that son-of-a-bitch”–I felt myself a lucky man.

This entry was posted in Ads from the 1940s and '50s, art and tagged Andy Warhol, Campbell's soup. Bookmark the permalink.